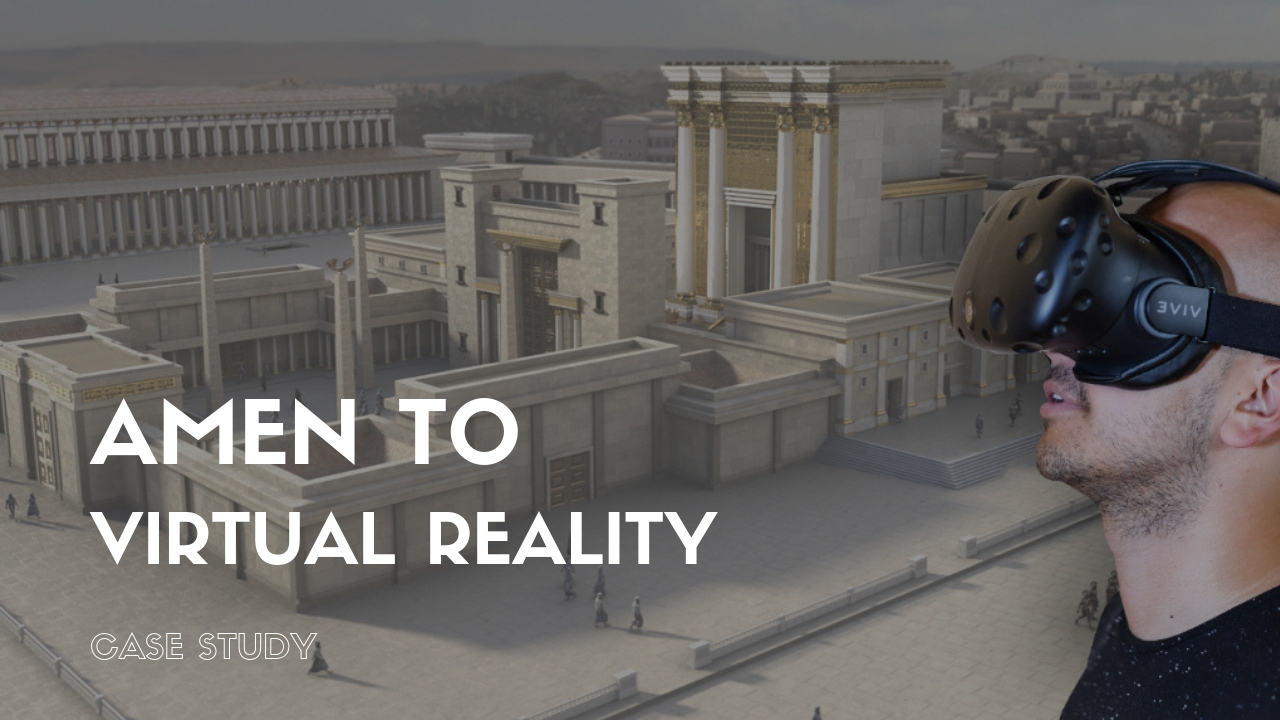 Every day, every hour, every second of our life we’re faced with advertising. No matter if it’s on our way home from work, when we watch TV, read the newspaper or during Sunday’s service in church.

Church? You’ve read it correctly. By convincing us to believe, spreading out its message and trying to gain new members, the church does exactly what big companies do on the market.

We know the church’s marketing strategies in a very traditional and offline way. Preaches, distributions of leaflets, festivities on the street or the Bible itself.

While those strategies might work well for the elderly generations, it doesn’t properly serve young people, whose lives take place equally offline in the real world and behind a screen anymore. Furthermore, the church is struggling with the loss of regular members in today’s time.

What can be done to reverse this movement? How can a religious belief be integrated into the life of our youth again? The company Immersive History came up with an idea. And is now planning to conquer new lands with Virtual Reality.

Immersive History assembled a team of game designers, Hollywood visual effects artists and programmers. All with the same goal: to recreate the entire biblical world in Virtual Reality and in-depth mobile apps. So that millions of people throughout the world can immerse themselves in the Bible, experiencing and learning the teachings of Jesus.

The project was self-funded by the company for two years. Now, to be able to finish phase 1, the creation of ancient Jerusalem and the Temple Mount, a Kickstarter Campaign has been started. The goal was to reach 7500 $. Eighteen days before the deadline, already 125 % of the goal has been reached with a tendency of hitting almost twice of the original aim by the end, according to Kicktraq.

In October 2019 the final product will be ready to buy. Will the use of new technologies such as VR solve the problem of secessions from church and spark peoples’ interest in religious education again? We can’t tell. What’s the gospel truth, though – regarding the love of detail that is put into the project: When diving into The Immersive Bible Experience, ingrained believers’ faces will beam with joy. Amen to that.