How to Start-Up: The fun in fundings 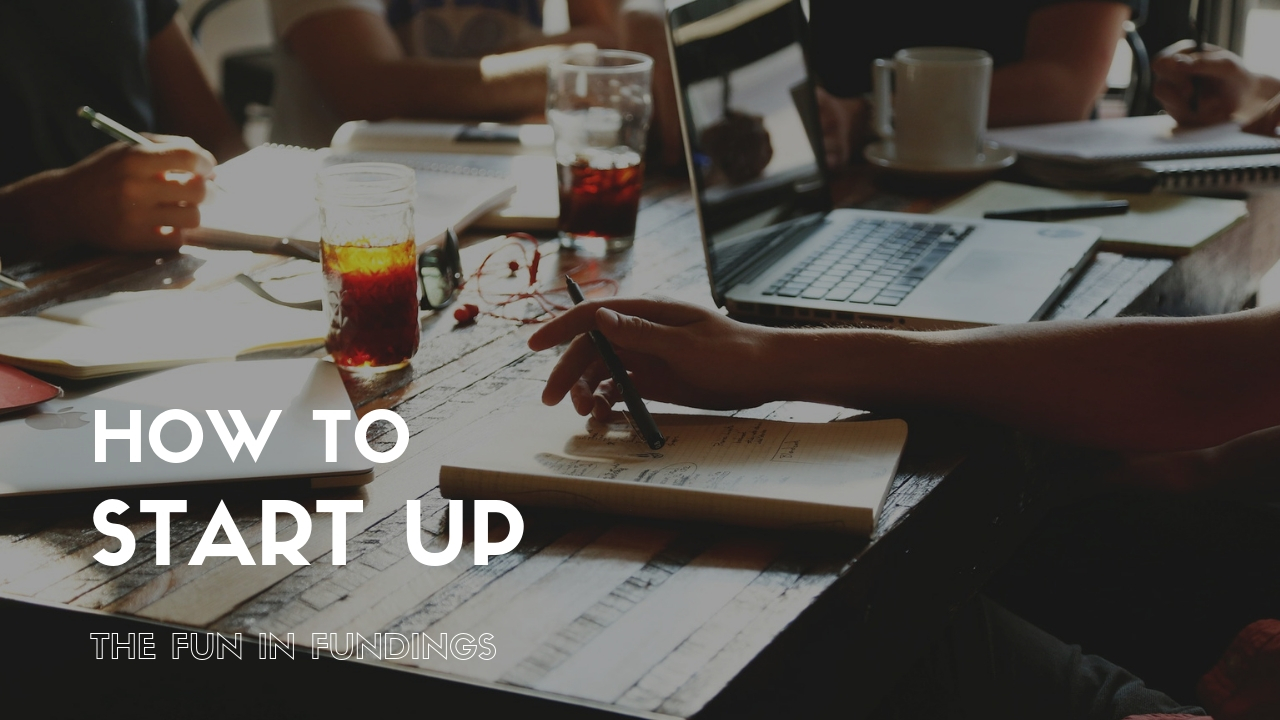 2 million dollars for a 10 % stake. The deal is made. Overwhelmed with joy, the entrepreneurs leave the pitch-stage, having the deal pushed through. A hungry shark took the bait, from now on putting all hopes and believes as well as financial support into the revolutionary start-up.

Comfortably situated on the couch with a bag of crisps in the laps, we are quite entertained. Passively observing the happening, what we understand is: There’s a small company with a possibly great idea. For further business development, they need money. They present the idea to rich people, who are willing to spend their money. In exchange, a small part of the company then belongs to them.

What’s the overall context though? What happens before and afterwards?

The way to the top: Round by round

Ignoring all exceptions and intricacies, roughly calculated, most life cycles of start-ups adopt the same course.

The pre-seed stage is the very beginning of the game. There’s an approximate plan that could work. You got the name for your company and you might have a few ideas on products or services that could make it. Though, what you’re holding in your hands is far away from anything concrete. For that reason, finding external investors isn’t likely to happen. It’s your own resources, friends and family, that finance market testing, the development of future sales plans and product launches.

Estimated value raised: Anything between $10k and $100k, depending on how long it takes you to figure out what works, how many step-backs you face, how much support you get from your surroundings.

When reaching the seed stage, you know with which product and where you want to position yourself on the market. Metaphorically spoken: You decided on what tree you wish to grow in the forest and where to plant the seed. Now it’s time to water it. People supporting companies at that stage can be called FFF’s: Fools, Friends and Family. Fools, since investing in a company, of which it’s still unsure if it will ever generate profit, can indeed be seen as a foolish take. Those fools can be Angel Investors, meaning, private people with over-average income, already matured start-ups or accelerators. All putting in their influence, financial support, mentorship and offered workspace. In some cases, in exchange with 5 – 10 % of the company’s capital. Crowdfunding should also be considered and with a bit of luck, already in this early stage Venture Capital firms specialized in early-stage-funds are giving in.

At this point, the company is making income and starting to expand. Maybe you’ve even had to hire more help already. You have a working business model and a proper client base. Now it’s time to approach Venture Capitalists. Venture Capitalists can be private investors, a group of private investors acting beneath the same roof of a Venture-Capital-firm, or companies doing so. This again happens in exchange with stakes of the company. The goals are further development and occupying more space in the market.

At round A start-ups reach the break-even point. This means the revenues equal the expenses and the companies from now on start making a profit. Investors from earlier stages get their stakes. For an approach to banks, for even greater flow of money into the start-up, it’s still too early though. Since most banks demand a way greater level of own financial security before giving out credits.

This is where it already could have ended. The transition from stage A to stage B is what the majority of start-ups can’t make. Growth, growth and growth is happening in that stage. Becoming bigger than competitors, widening the product range, recruiting. A steady stream of revenue and a long-term-business-plan are necessary.

Round C and D and all the rest

Entering Round C the start-up is about to enter young adulthood. It runs as a proper company and can now even support under-performing start-ups. With a prominent position in the industry and having now proven, that the business model is a success, late-stage Venture Capitalists, banks and hedge funds help the start-ups out. The goal after this stage is to take the start-up out to the public market, the Initial Public Offering (IPO).

Varying from case to case, additional funding rounds, using up all remaining letters from the alphabet can follow. This happens for instance when the growth goal hasn’t been reached yet.

A percentage of the company is taken to the public stock market. Everybody can buy shares, what’s earned from it can again be invested in the company’s development. The public presence also makes it easier to hire high-qualified staff because of greater public awareness.

When further growth is limited and bringing new products to the market or conquering new markets seem too hard, merging your company or being bought out by a bigger one with a similar mindset is a good option to share skills, experience and contact books.

Someday, after many childbearing years, when resources and options of the market are just depleted, it might be best, to exit completely. Find someone who’s interested in your company and sell it to them as a whole. The previous investors get their shares, the owner receives the value of the percentage of the company that still belongs to him. Besides, liquidating the business is possible, too. The cleanest ways to exit the affair, are probably those two.

Carefully following the scheme above, the software and hardware company Leap Motion that develops 3D motion-control technology for virtual reality started the seed-round with $1.3M raised. Funding continued with $12.8M in round A, $30M in round B and $50M in round C. Over the course of 9 years, the company founded $91.4M in total before being acquired by Ultrahaptics. The company that creates a connection between people and technology acquired Leap Motion on 31st of March 2019 for $30M.

The 2012 founded company Oculus is a picture-book example of how careers of start-ups don’t always proceed the way as described above. According to Chrunchbase, the company specialized in VR hardware and software products had already raised $2.4M with crowdfunding before even having entered the official seed stage. Two months later another $2.6M were founded at the seed-stage, followed by a round A with $16M and a round B of $75M raised. Short and sweet, Oculus didn’t even make it to round C as it’s been acquired by Facebook on March 25th 2014 for a down-to-earth-amount of $2B.

The company’s prominence makes you question right away, what it’s doing in the list of start-ups. Indeed, it doesn’t act much as such in the funding scene. Much more it’s the giant’s common practice to acquire smaller start-ups itself.  The company raised the most amount of money as Post-IPO-Equity, meaning after it had gone public. Eventually, it now ended up with a total amount of $4B raised and having acquired 14 other companies in total. As an example: The most recent deal occurred on March 12th 2019 as Nvidia acquired Mellanox Technologies for paltry $6.9B.

Unicorns are real in Virtual Reality

Unbeatable and so successful, it almost seems unreal. Once a company’s estimated value beats the 1 billion mark, it is considered a Unicorn. But what company on earth is worth that much? You don’t have to be a master in banking and finance to get in contact with companies as such in daily life. Calling a taxi? Uber and Cabify are on the list. If it’s somewhere on vacation and you’re on the way to your Airbnb: Again, with a value of $38B also Airbnb plays a big role in the game.

In the immersive world, the Augmented Reality US-based start-up Magic Leap is one of the great Unicorns. It was founded 2011 and raised $2.6B in within 7 founding rounds and 8 years. Alibaba Group with $793.5M and Google with $ 542M were the biggest investors. In addition, the company acquired 5 organizations. Currently on Round D, the company is further growing into an even more gracious unicorn. Should the magical name be taken as a reason?

The technology start-up worth more than $3B is planning to go public with an IPO at the beginning of 2020. Until then it enjoys Unicorn status with annual revenue of $300M. Unity’s most recent funding took place in an E round with $125M. So next time you dedicate yourself to your favourite video game: Take in mind it might actually be run by unicorn-power.