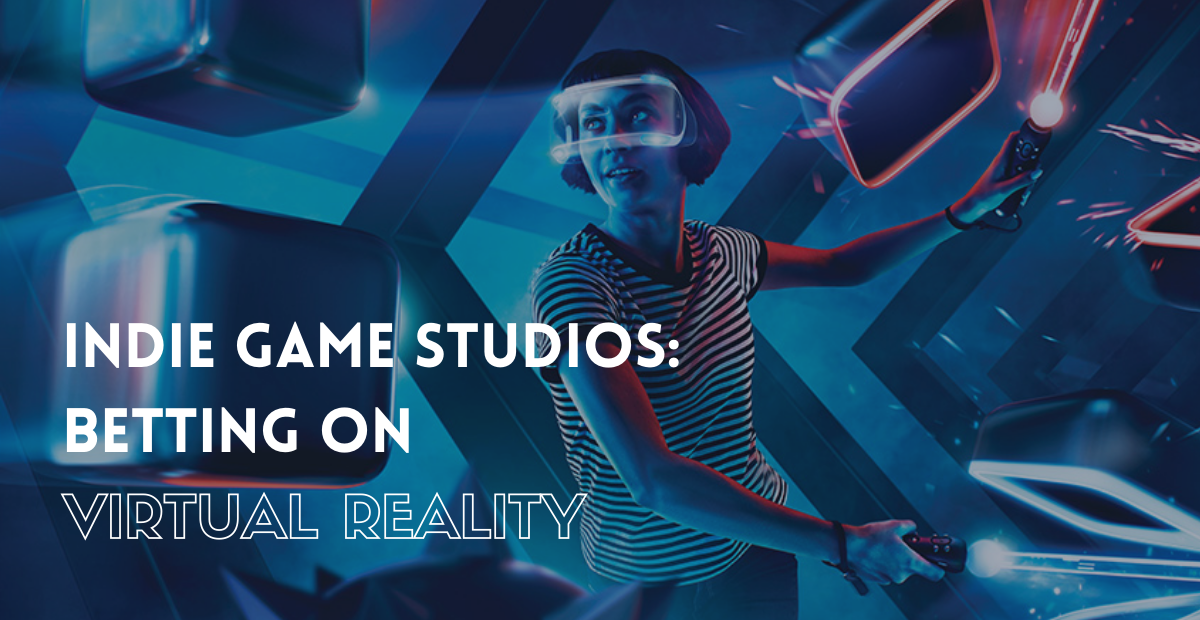 Virtual Reality is, undoubtedly, one of the technologies that has had the most prominence in the last year, not only because of all the possibilities it already offers, but because of everything that remains to grow.

Virtual reality is no longer the future, but the present.

Gastronomy, health, automobile, are some of the markets that have bet the most on improving the user experience through Virtual Reality. However, the videogame industry is the one that heads the list according to forecasts 2025 report made by Goldman Sachs, ahead of other applications such as live simulations or those related to entertainment.

OCULUS AND SONY, LEADERS OF A GROWING MARKET

According to Superdata, more than one million Oculus Quest 2 were sold in last quarter of 2020, and they estimated that it would continue this way. However, in February 2021, Sony released a statement announcing the new generation of VR on PlayStation. In it, they stated that they will improve everything: “from resolution and field of view to tracking and input”, based on what they have learned since the release of their previous PSVR device for PS4.

One of the most criticized limitations of today PSVRs is the need of several cables and an intermediate box to connect; the new glasses will do it with a single cable, thus improving the experience.

Another innovation highlighted in the press release is the new controls, ensuring that “they will incorporate some of the key features found in the DualSense wireless controller, along with a focus on great ergonomics”.

Although its release date is still unknown, Sony makes its position on Virtual Reality: “our commitment to virtual reality as a medium for games is stronger than ever”.

5 INDIE STUDIOS THAT BET ON VIRTUAL REALITY IN VIDEOGAMES

Exactly 4 years ago, in April 2017, we wrote an article on this blog stating that the range of games available in VR was still somewhat limited, but we assured that it had only just begun.

We weren’t wrong; today, we have in Spain a great variety of video games available in virtual reality, thanks to Spanish studios that are committed to this technology.

Do you want to know some of these studios? We show you 5!

An indie video game studio located in Granada, which develops 3D and 2D video games, as well as experiences in Virtual Reality and Augmented Reality.

They are currently developing CENTRAL PVRK, a virtual reality video game full of platforms and puzzles. Its main innovation is its movement, which replaces the traditional teleportation of VR, with a system that forces the user to simulate running in real life to move through the virtual world, thus avoiding the great problem of VR: “motion sickness”.

Based in Madrid and founded in the middle of pandemic, 2020, by a group of young developers with experience in various VR projects.

Vanishing Grace is their first release, a virtual reality game set in the near future, where a solar storm has changed life on planet earth. It is an emotional journey about the sacrifices we have to make to get to our place in the world. In it, you will pilot Grace’s ship, who is missing, in the shoes of her childhood friend who decides to leave everything behind to find her.

Odders Lab is another indie game studio founded in 2018 and based in Sevilla.

Their latest release is OhShape, an exciting VR action game where you have to adopt different poses and move your body to the rhythm of the music to go through silhouettes drawn on walls. With a great soundtrack, this indie game will test your reflexes and skills as you try to get the highest score.

They are the developers of Intruders: Hide and Seek, one of the most awarded games on our national scene. In it, you will put yourself in the shoes of a defenceless 13-years-old boy who see how some intruders break into his home, kidnapping everyone except him. Will you be able to go unnoticed and help you beloved ones?

In case you haven’t heard about us, we are an indie development studio from Murcia, dedicated to creating experiences and video games for Virtual Reality,

We are currently developing Desolatium, a horror psychological thriller where you must solve some mysterious murders that occurred at the end of 2019 and 2020, trying to find who is behind this madness.

You will be able to enjoy virtual reality with this first person, Point&Click graphic adventure, with a Survival Horror essence and based on Lovecraft Mythos, which will be released in summer 2021.

We hope you liked these indie studios and that you discovered new video games. If you know more that we should add to the list, ¡leave a comment!