360 Video Ads For Movies And TV Shows: The Age Of The Experience 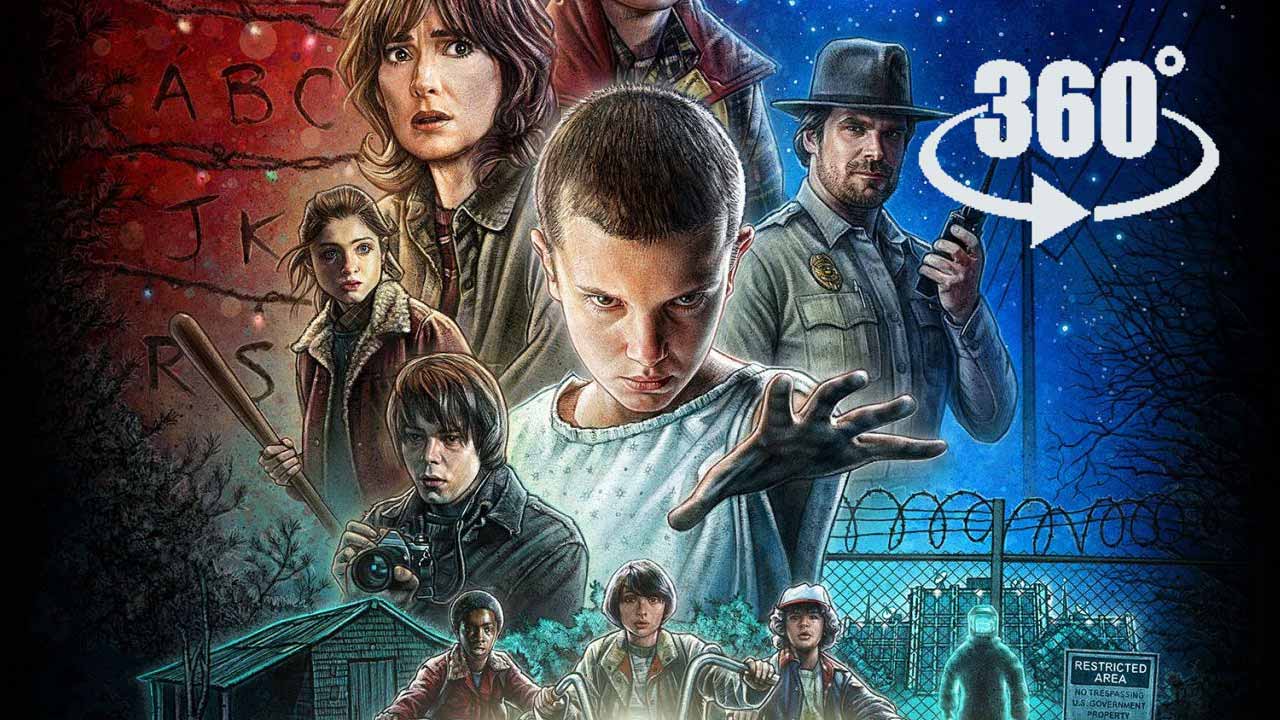 VR is becoming a powerful marketing tool that movie and TV studios are starting to use, mostly in the US, and it seems it’s growing exponentially. Let’s see why it is so useful and some examples of shows and movies that are using 360 degrees experience for their advertising.

WHY ARE 360 VIDEOS BEING USED FOR TV AND MOVIES ADS?

Mainly because 360 degrees experiences have a lot of potential for attracting the consumers attention (a potential viewer) in a market where it’s hard to stand out due to the saturated market. So they add value in relation with traditional trailers; because they offer something new and usually more thrilling thanks to how immersive it can be.

For example, Netflix launched a VR video to promote one of their shows, “Stranger Things”. The main goal is to attract more viewers and they manage to do this providing a thrilling and mysterious experience. It’s just a preview of the feelings the show will convey, and if you want more you need to see it.

Many of these videos are longer than we’re used to (for a trailer), they don’t need to limit themselves with time because they offer something with added value, and the viewer won’t really mind stopping for a few minutes to experience this.

Warner Bros made a 360 Video to give you a tour in the Hogson’s house from The Warren Files: The Enfield Poltergeist, which comes along the official (and traditional) trailer and a behind the scenes report. The trailer has over 20 millions views and the 360 video has over 5 million, a number that is very good keeping in mind that there’s still not too many people with the technology to play it.

VR HAS THE ABILITY TO ATTRACT MORE PEOPLE THAN TRADITIONAL MULTIMEDIA

The key is that those who do have the headsets or interest in 360 videos massively access this kind of content, because the market for VR content is still not saturated so it draws curious users. This is why it’s right now a great tool for marketing and advertising.

In addition, as we’ve already mentioned, it’s a great way to stand out from the traditional media.

IS VR BEING USED JUST TO ADVERTISE HORROR MOVIES?

Many of the movies being advertised with 360 video and VR experiences are involved with horror and paranormal plots. It makes sense because it’s much easier to generate fear with VR. However, we’re also seeing 360 video to advertise other types of movies.

For example there’s a promotional video for the eighth season of Game of Thrones, which was posted on Facebook, it has 13 million views right now (keep in mind the page have 19 million Likes) and with it you can explore from King’s Landing to Dorne; I bet you want to try it out!

Disney also used a 360 experience to advertise “The Book of the Jungle”, where you can walk around the movie’s jungle.

As we can see in these examples, 360 videos are offered as another element for experiential marketing. The idea is to trigger emotions that engage the potential customer in depth with the brand and service being offered. To make the customer remember it and talk about it, that’s why they need to “feel it”

It also offers something different, something that makes the user choose that product or brand instead of the competition. “I can’t get The Warren Files out of my head because I felt things and when I go to the movie I’ll definitely choose that one instead of any other.”

In summary, in the same way we’ve talked about VR in other sectors (such as tourism or real state), we can see it also has a strong presence in the audiovisual market and there’s interesting projects coming out.

If you’re interested in making a 360 video to advertise audiovisual or content or any other kind of product or service, don’t hesitate contacting us, we have hundreds of ideas!