We are SuperInnovators: PlayStation Talents Winner 2018 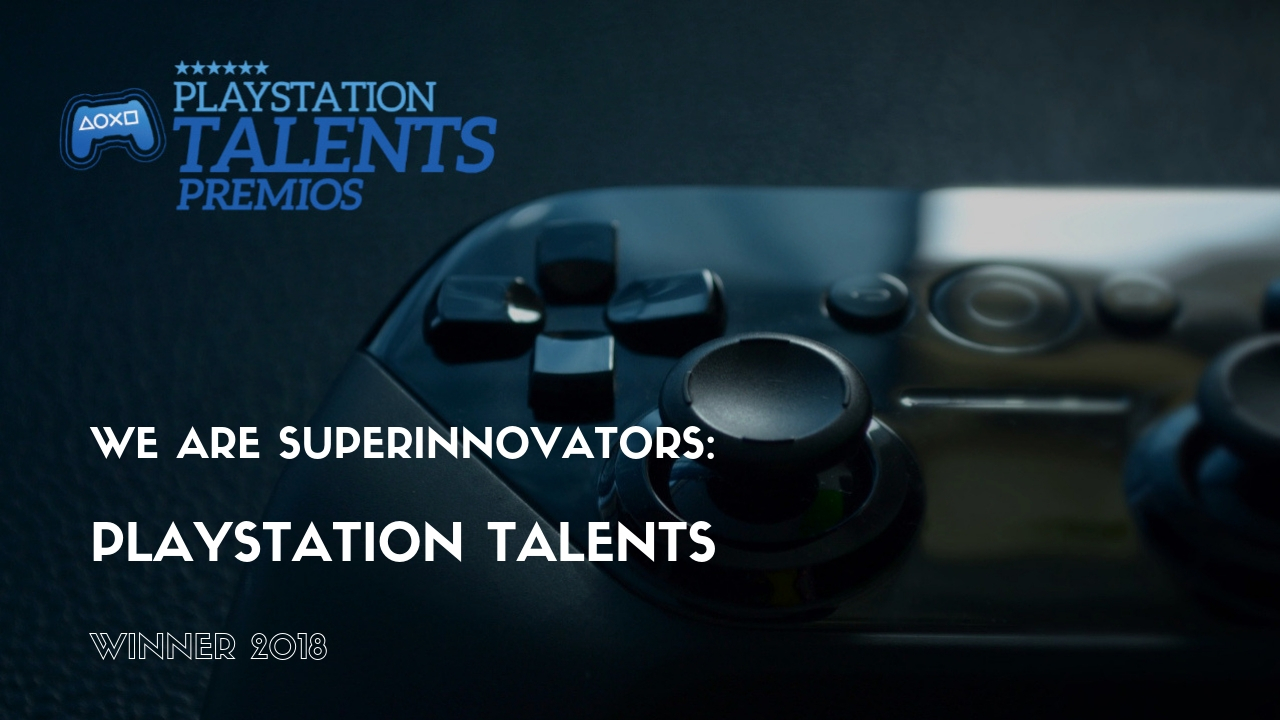 It’s been quite some time already: Last year September we published a blog post on the 20 semifinalists of the V Edition of PlayStation Talents Premios. There, we proudly presented ourselves among the list of the nominees to enter the final among 12 other fellow campaigners. How come there have been no further updates since? What happened? Indeed, quick updates on our social networks appeared instantly. We might have neglected our blog with a detailed blog post though. So here we go!

What is PlayStation Talents Premios?

To refresh our minds: What exactly are those Awards of PlayStation Talents again? Since 2014, Sony Interactive Entertainment Spain holds the initiative that is to look out for independent, original and qualitative projects to make them big in the field of local game-development. More than 100 projects are presented every year with the aim to once become as successful to launch on big gaming consoles (like for example and evidently, Playstation 4).

The contest reaches out to small studios, universities, young Spanish developers, and companies that have earned less than 100,000 € in the past year.

We entered the contest with the project Desolatium, a greater, trickier and more sophisticated version 2.0 of our game Sanatorium.

Sanatorium is the result of a personal project developing from our own passion for videogames. With the twist of making it a fully immersive video game in VR. Released on Oculus Rift, Samsung Gear VR and HTC Vive and being about to be published for Oculus Go and Android it had already reached 15k downloads. Which lead us to think, why not upgrade to a more terrific version? With all the positive feedback we received from users, why not apply for the PlayStation Talents Awards? To, with Desolatium, create more escape-room-like scenery, more complexity and more puzzle pieces to put together and get professional validation? Our presentation looked as followed:

As talked about in the September article, we found ourselves under the 20 projects chosen to be semifinalists for the awards. As Semifinalists, we entered the Madrid Games Week at IFEMA: the most important videogames event in Spain.

There, we presented ourselves in a huge game-testing-area arranged by Sony, where games of the semifinalists could be tested by all fair visitors. Keeping in mind, that the event was visited by 100,000 people and most of them passed by our stand, testing our demo, it’s needless to say, the experience was breathtaking! On top of that, the media paid us a visit to take photos and interviews. Already being able to attend that event, for us felt like winning the first prize.

Little did we know that the best was yet to come.

Little after having returned from Madrid, still finding ourselves floating on the Post-Madrid-Games-Week-High, we got more news from Sony. We got to see the list of the 13 finalists entering the PlayStation Awards of 2018. And we couldn’t believe it, Superlumen was among them.

The ceremony was to be held at the Callao cinema in Madrid in December 2018. So the complete Murcian Superlumen expedition started it’s journey again.

Truly trusting in Desolatium but still being aware of the grandiosity of other competitors’ games, we were seated in between our fellow campaigners. Nervously waiting for the spectacle to begin.

And the winner is…

…Desolatium by Superlumen! We entered the semifinals and went on to the finals. Until in the end, we found ourselves on the big stage in front of hundreds of people. Being awarded for creating the Most Innovating Game of 2018.

But that’s not all. Desolatium was also counted as one of the 4 best games of the year 2018.

Bouncing with joy we marched our way to interviews and the media. And then made our way back by car to Murcia, since the next day, we had to work. Pure happiness on our faces, all the way.

We are deliriously happy about now having positioned the trophy in our office. For certainty, it’s a motivation to create more disruptive VR content. We’re excited about what ideas the future brings. Are you joining us?