Halloween: Horror in Desolatium, our references 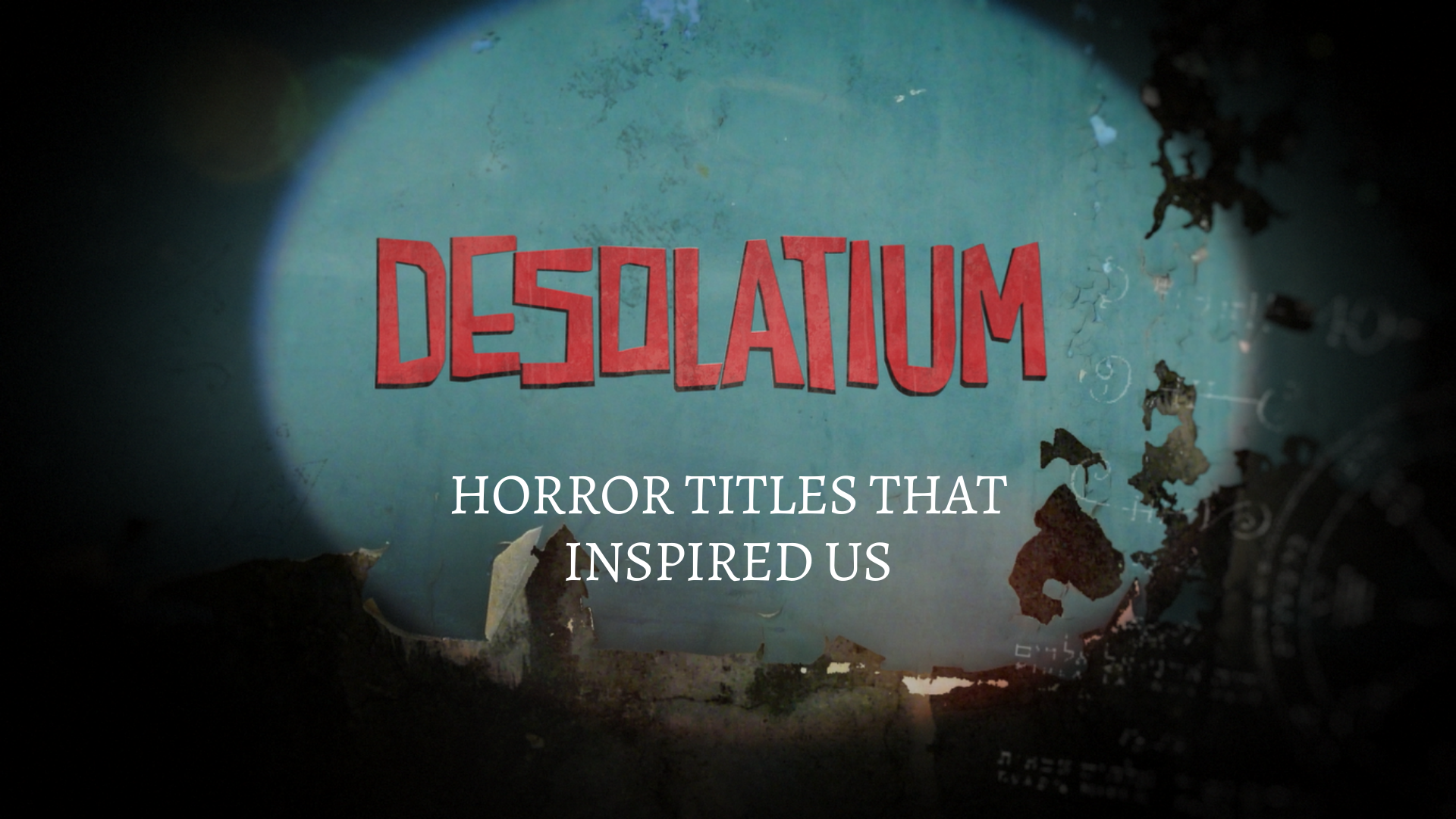 In case you didn’t know, in Superlumen we are big fans of horror (well, some of us more than others). So when we decided to embark ourselves on the development of DESOLATIUM, we did not hesitate to base it on H.P. Lovecraft, the father of cosmic horror. But we have also been inspired by other terrifying works.

The writer H. P. Lovecraft has been our greatest inspiration, since the video game is based on his mythos, but he has not been the only one. In this post we bring you the most terrifying works in which we have been inspired to develop DESOLATIUM.

It seemed like a quiet night, until a policeman finds an injured man and transfers him to the nearest hospital. Maybe it was not the best decision: what he experiences that night in the hospital seems from another world: the few doctors and patients in there, are surrounded by hooded men and threatened by a strange creature that grows inside the hospital.

That Lovecraftian style, with strange creatures, diabolical sects and moments of tension and terror, is what has inspired us for Desolatium.

In SE7EN, two detectives must solve several murders committed by a psychopath. This psychopath bases his crimes (each one scarier than the last) on the seven deadly sins.

The bodies of the victims become an enigma for the police, filling us with suspense, intrigue and horror, something that will be seen during the course of Desolatium. Will you be able to solve the murders without losing your sanity?

With this name, it is not surprising that a series of detectives and cases to investigate. Although that is the basis of the series, each season focuses on a different case, carried out by a different group of detectives.

Taking into account that in Desolatium it is necessary to investigate not only murders, but cases that at first have no explanation, the link of the video game with the series is clear, and even more, if we add to that some Lovecraftian names on the series such as El Yellow King or Carcossa.

It is a series of psychological horror, one of the characteristics of Desolatium, so without even having started to watch it, we already knew that it was going to be a reference.

The story begins with the corpse of a cruelly mutilated child. The investigation of this case by Detective Ralph Anderson will not be easy, as he will not only suspect the wrong author, but the search for evidence will lead him to discover horrifying answers.

In Desolatium you can choose, but your decisions can have serious consequences that will lead to different endings. You should be careful what you are looking for, because it could be something you do not want to find.

OTHER HORROR WORKS THAT HAVE INSPIRED DESOLATIUM

In Barker’s stories we find bizarre and distressing moments, with that creepy base that characterizes him. Desolatium finds one of his references in this horror work full of supernatural situations, where the evil of the bad guys becomes painfully understandable and real.

Finally, of course Desolatium has also been inspired by other video games. One of them is Dead Space, where the protagonist will have to survive and fight against monsters created by an alien life form. The terror in this video game can come from any corner, so suspense and tension are always present…

These are just some of the works that have inspired us when developing Desolatium, both the narrative and the aesthetics of the game. Without a doubt there are many more, the reality is that everything we see ends up inspiring us in some way.

This is how we have managed to create this graphic adventure with a survival-horror essence, which will be released in February 2022. But don’t worry, if you usually shit your pants, you can continue playing: in Desolatium we feed the tension, the suspense, but we promise not to cause you a heart attack. You will have to investigate, explore, face strange creatures and make the right decisions, if you do not want the world to stop being as you know it. You dare?