Superlumen at Technovation: Girls for a change 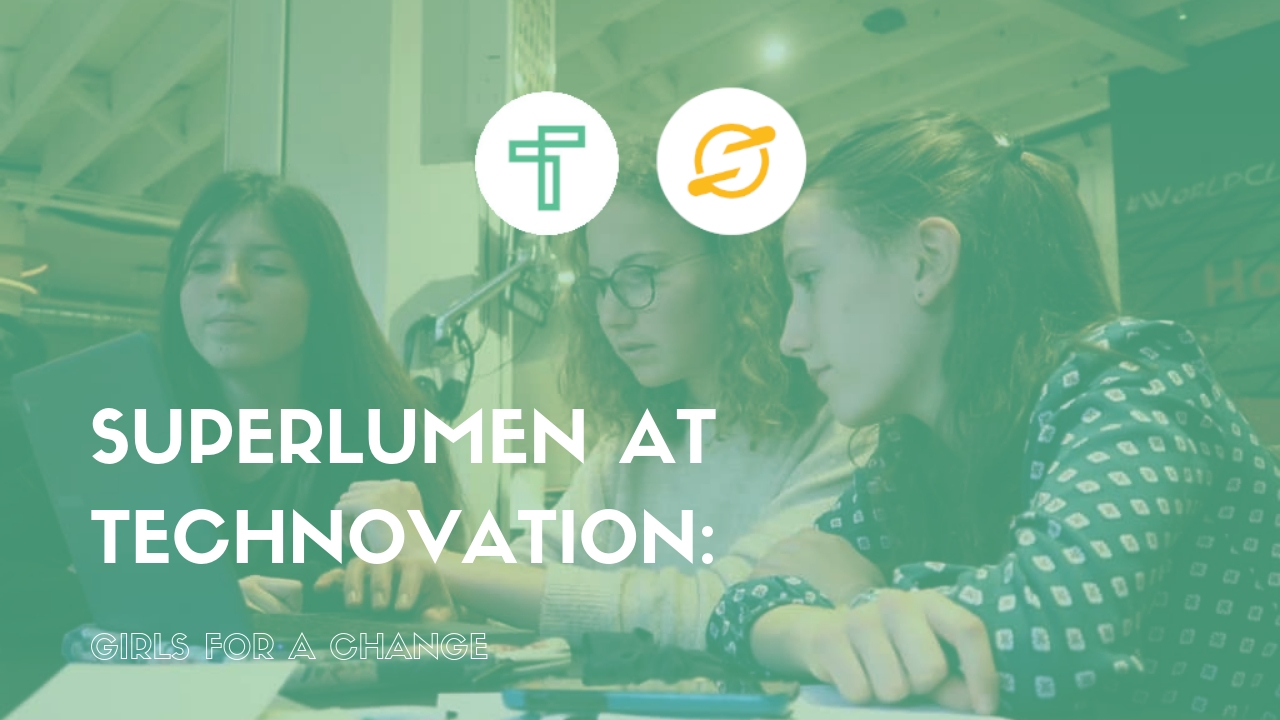 The stereotype of computer science

Imagine: You walk into a lecture at your university; the study degree is computer science. What do you expect to see? Black hoodies, long and greasy hair, pale skin, that never faces the light of the sun because it spends all free hours of the day in a basement, programming. And maybe a handful of confused females. Probably ended up in this place by accident when they got terribly lost along the way to social work or fashion design.

Today, less than 20 per cent of computer science graduates in the US are female, compared with more than a third in the mid-1980.

Looking at the development of the number of females in the technology and science sector, one isn’t surprised where those stereotypes regarding women and technology come from. Since, after all, there’s at least a little truth behind it, as an article from Financial Times from 9th March 2018 shows. Less than a fifth indeed is just a very little handful.

Counteraction is what that movement needs. And at that exact point Technovation, a union of entrepreneurs, mentors and educators, comes on the scene:

Every year, girls worldwide get the opportunity to dive into the world of programming and leadership. With Technovation, girls between the age of 10 and 18 are given the task to determine a problem in their society, find a solution approach and code a suitable mobile app. The teams work themselves through the complete development of bringing an app onto the market. Starting with the ideation, technical features, and ending with the final pitch. If the team is in the senior division, meaning the girls are between the ages 15 and 18, it even has to hand in a business plan.

To get an idea, take a look at last year’s winner teams.

“Save a Soul” from Nigeria created the application “FD-Detector” that can detect fake drugs in pharmacies by scanning the barcode. Never having used a computer before, the girls coded their own completely functional app in just 5 months.

Meanwhile the team “Cantavits” from India rocked the senior division with their app “Eedo”. An application providing an end to end connection of the e-waste producers and authorised recyclers for eco-friendly disposal of electronic waste.

Who evaluates the projects?

This year a number of 3661 volunteers from all around the world signed up to judge 1956 handed in submissions. To guarantee the fairest evaluation possible, every submission has to be judged online by at least three judges. In addition, the teams will be reviewed at a live pitch in their town before they enter the national level. In the very end, only 12 teams enter the worldwide final taking place in California US.

No doubt, the projects resulting from Technovation are simply super. Needless to say, we at Superlumen are super-excited to be honoured to evaluate teams from the region Murcia this year. We’ve already had the chance to catch a glimpse of the teams by rating their submissions online. Followed by the live pitch event on May 18th when the teams get to prove themselves and their apps in front of their judges, including us, in person.

We’re thrilled by the impact the Technovation challenge has on the development of girls in technology. It might start the ball rolling towards a future of greater gender equality and, as a sideline, increase the female quota in computer science lectures. To the joy of all parties: feminist activists as well as poor, starved out male students.