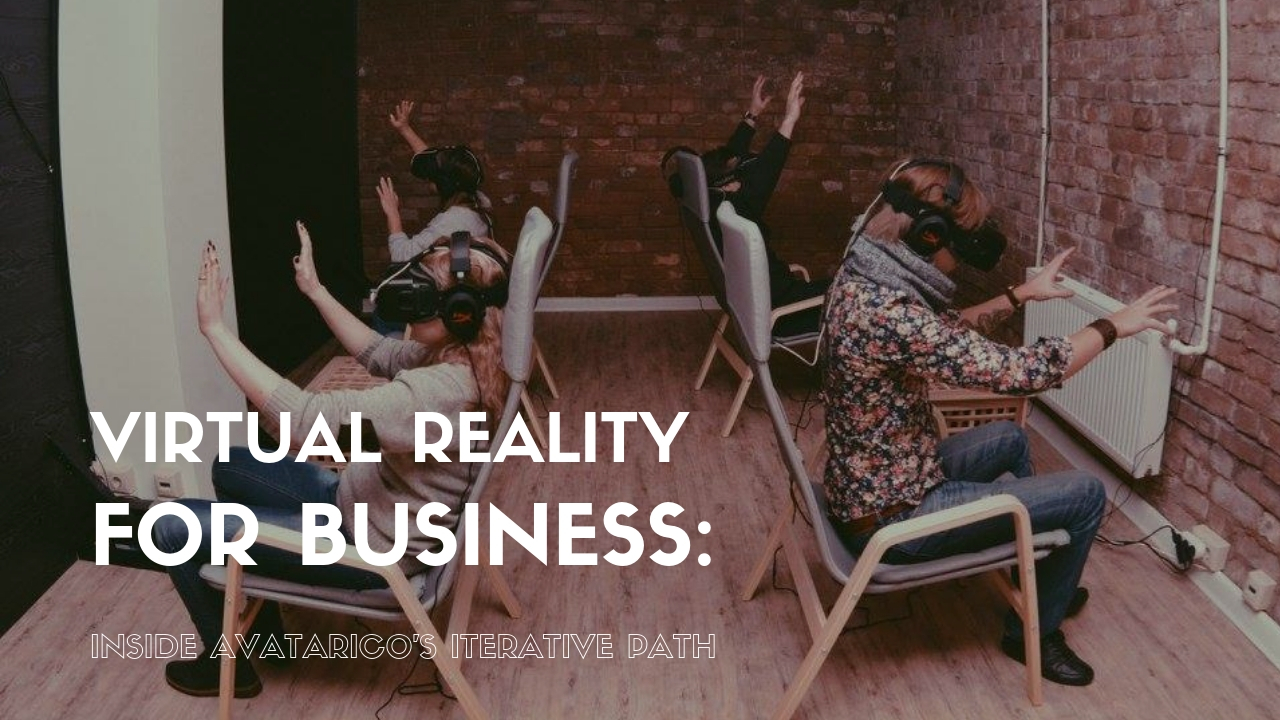 Author’s bio: Anton Zaitsev, Avatarico CEO, AR / VR developer. His company was the first to develop a VR escape game for location-based entertainment. He has been dealing with VR technology for more than 6 years. He likes to share his experience in that sphere providing some useful tips for VR business success. He is always ready to help with any questions related to VR technology. You can contact him at zaitsev@avatarico.com.

Virtual Reality is a mind-blowing tech. At least, it was believed to be that till 2018. So what happened to immensely popular entertainment tool? VR smoothly faced people’s disillusionment and frustration. A huge wave of non-commercial titles appeared to be irrelevant. Home-use had no roots to inhabit one’s location. It hadn’t proved itself regarding payback for developers, except for Beat Saber and some more apps of a similar scale and gameplay.

No one searched to feed their hunger for VR games. Henceforward, dumb money wasn’t being invested in that industry.

To save the situation, in 2019 Apple and Facebook tailored towards AR and VR. Since that, the virtual reality market has stabilized. It’s shaped mostly as VR training and LB (location-based) VR.

LB VR is declared to be a meal ticket for VR game development companies. Unity’s CEO also warned that VR for home-use is not a catch for staying afloat. Oculus promised to make VR more casual – and so far they did it via Oculus Quest. Still, LBE is actually about hanging out somewhere with mates.

The world of virtual reality had a bombshell when Andreessen Horowitz invested 65 million dollars in SandboxVR giving the second chance to LB VR. According to Mark Andreessen, VR seems to be even larger than AR.

Although there are different approaches and scenarios, you can spot what appears to be suitable regarding space, content, and technology. Let’s go for three crucial clusters varying in a few ways. Those include VR escape room, VR arcade, free-roam VR.

A room-scale experience. LB-exclusive and squad-based. Suit both entry-level users and experienced ones.

Sort of a cyber-café. Space efficient and handy. Mostly for home-users preserving a large number of single-player content. Multiplayers are also found. Video game experience might opt for some help. Not the best choice for corporate parties or multi-locomotion. Rather cheap.

Meeting milestones, or how to make a business model stand out

Let’s share the experience. Before choosing a perfect business model the following issues need to be finalized:

In 2014 Avatarico company opened a series of real-life escape chain. That included ten games of various genres. Cyberpank was the founder. Lostroom aimed at geek audience providing brain-teasers. Shortly after, they company unveiled one experience rather expedite, which include fairytale setting. Bookings suddenly shot through the roof. So our audience was longing for action-adventure games with a low barrier for entry and familiar themes.

Since the launch of such games, Avatarico started receiving invitations for a birthday, corporate party and other event organization. So it worked. Corporate parties soon became our main scope of interest. It also aided while raising awareness of our potential when it came to entertainment.

They offer turnkey and boxed solutions. One can build their pricing ladder starting from basic, advanced or VIP packages.

Solution: Just as you like. VR escape and free-roam VR suit better.

Highlight the most space-efficient LB VR

Your primary goal is to improve revenue per square feet/meter. The more activities you place in the same location the better.

Identify the best capacity and configuration

To stay tuned, you need to open at least two rooms first. Each player will have a chance to choose. It’ll also improve your bookings.

Next, you need to decide on the number of players. Traditionally, we released experiences for 2-4 plyers since other entertainment companies embarked on six. They noticed that the latter is far way efficient to follow.

Avatarico ventured to ten players. It was a gamble, it worked. They’ve reached the position of the most loaded VR city center. Nowadays we gather approximately forty people when having ten rooms.

Hall-scale games are no fairy. Go for it to never regret.

You may wonder about the limits of a corporate or birthday party. But every time it’s different.

First, you are to:

–     figure out how many game station you may afford to place,

–     think about future expanding and limitations you may face,

–     decide whether you want to be mobile and set an event at the client.

Solution: Free-roam VR (up to eight players), VR escape center (up to six players). If you want to try out the cheapest solution, Avatarico’d recommend VR arcades. If you are on the way to taste instantly-captivating experience, settle on VR escape.