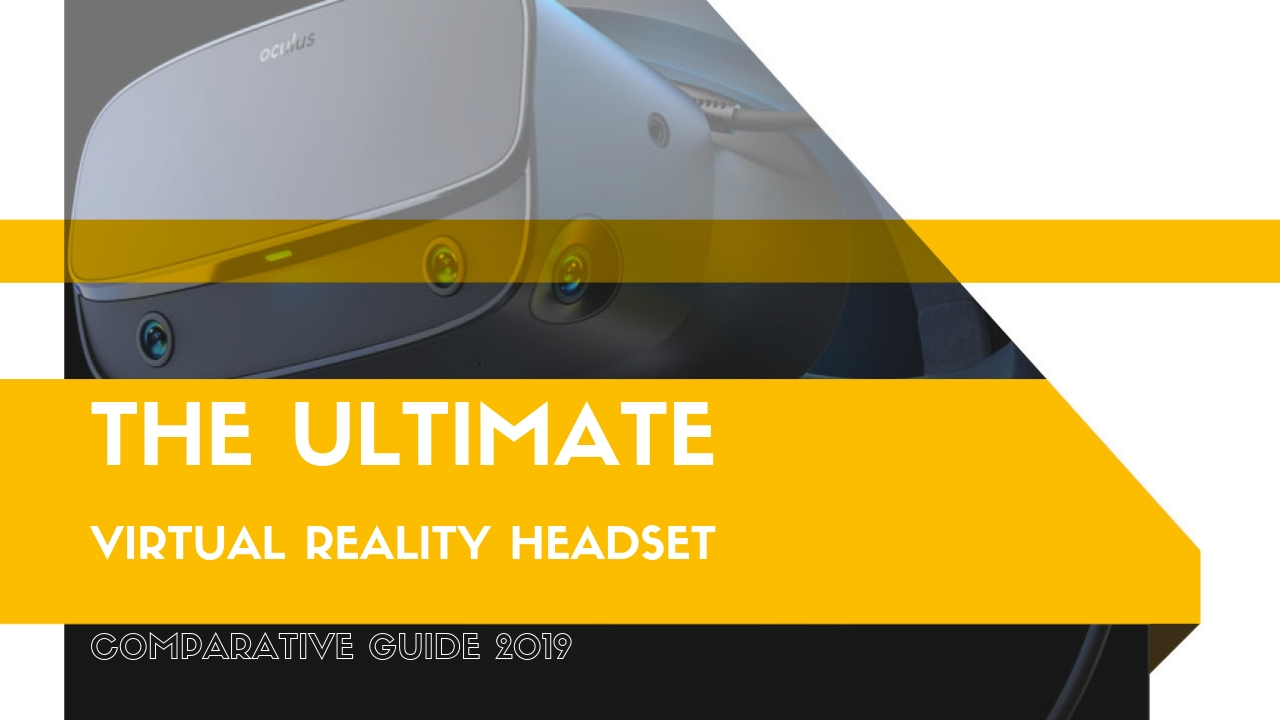 Over the past few years, since Oculus and Samsung first introduced us to the world of Virtual Reality in 2015 with their Samsung Gear VR, many more companies and products have joined the game with their head mounted displays (HMDs) / Virtual Reality Headsets (VR headsets). Once you decide to invest, it won’t take you long to realise: you won’t be spared working through a huge number of technical facts and data in order to compare, which brand and device is the best for you.

We’re trying our best to assist – and gathered the most important info about what’s happening in the current market of HMDs.

Are you happy with the bare necessities or longing for sophistication? The range starts off at one side with simple devices on which the image doesn’t change according to where your head turns. On a higher level, a positioning system is incorporated. Head tracking devices detect changes of angle and orientation. Accordingly, computer-generated imagery for the angle-of-look is created at the particular time, meaning, you can look around the virtual world. Eye tracking and hand tracking devices build the climax. The point of your gaze changes the image on the screen and controllers to navigate yourself through the virtual world become redundant.

Besides, HMD devices differ from each other through whether

Let’s take a closer look on the development of the brands and their product timelines.

Oculus VR is spezialised in VR hardware and software products. In April 2012 a Kickstarter campaign for the Oculus Rift was started to make Virtual Reality headsets available for developers. The goal was to reach $250 thousand, in the end it reached $2.4 million. After two pre-production models, the consumer product launched in March 2016.

Samsung first took out a patent on a head mounted display in January 2005. This was the first idea of using a mobile phone as the display for a HMD. At the time of the release low mobile phone quality limited the degree of quality and performance possible. With the release of Galaxy 4 in 2013, Samsung formed an official team dedicated to developing a Virtual Reality device that would work with smartphones. In 2014 Samsung partnered with Oculus VR to help with the development and announced the Gear VR to allow developers to create content. Two innovator editions were released beforehand.

HTC‘s first device was unveiled in March 2015 in coorporation with Valve (a video game developer, publisher and digital distribution company).

Pimax is a technology company spezialising in Virtual Reality hardware and software products.

Now in every detail: What can the products offer and how are their features described?

Considering how rapidly the offer of different kinds of VR headsets grew in such a short time, it’s almost sure that in the future, there will be even more to come and more possibilities to discover. We’re excited about that!